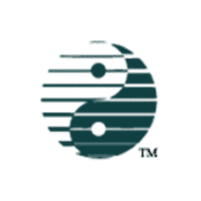 As soon as you discover you’re pregnant, you — and all your friends and family — want to know if it’s a boy or girl. Couples from Asia, Europe, the United States, and all other parts of the world know the answer to that question from the moment of conception when they choose gender selection. The renowned team at New York Fertility Institute in Manhattan’s Upper East Side of New York City uses advanced techniques such as preimplantation genetic diagnosis (PGD) to ensure your baby is the gender you want. To learn more about gender selection and family balancing, call the office or schedule an appointment online.

Gender selection allows you to choose the sex of your child rather than leaving it up to chance. There are several reasons why couples might decide to have gender selection:

You may have several children of the same gender and want your next child to be the opposite gender. Some couples may plan to limit the size of their family and want to be sure their child is the gender they desire.

Gender selection is often a consideration when one or both parents carry a genetic condition that’s only passed down to a particular gender. As a result, they want their baby to be the opposite gender to lower the risk of passing along their genetic problems.

The team at New York Fertility Institute has a worldwide reputation for their skill in PGD and gender selection, drawing patients from regions such as Asia and Europe and all parts of the United States.

PGD is used for two purposes: Diagnosing gene disorders and determining gender by identifying whether the embryo carries the XX or XY gene. PGD takes place on an embryo, which means you go through the in-vitro fertilization (IVF) process.

During IVF, the woman takes hormone medications to stimulate egg growth and then her eggs are gently removed from the ovary, fertilized in the lab, and allowed to grow large enough to support genetic testing.

After the fertilized egg develops in the lab for 3-5 days, your New York Fertility Institute provider takes a few cells from the embryo and performs PGD using two specialized techniques:

After three days in the lab, FISH can identify the male and female embryos, then the one that’s your preferred gender is implanted into your uterus. FISH can also diagnose genetic disorders, but it’s not as comprehensive as comparative genomic hybridization.

This innovative technique allows the team at New York Fertility Institute to screen the entire genome of the embryo, a procedure called comprehensive chromosome screening (CCS). CSS is done after 5-6 days of embryo growth and is recommended when you want gender selection as well as highly detailed testing for chromosome abnormalities.

If you’d like to learn more about gender selection, call New York Fertility Institute or schedule an appointment online.