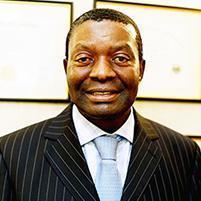 He has authored numerous publications in peer-review journals in infertility and in basic sciences and has presented papers and has given lectures at national and international conferences. Presently, he is a laboratory inspector for the American College of Pathologists (CAP) and a reviewer for the Reproductive Biomedicine Online scientific journal. Dr. Obasaju’s research interests include the detection of sub-lethal damage to embryos, oocyte dysmorphisms, oocytes freezing, embryonic aneuploidies and implantation.

Dr. Obasaju, lives in Long Island NY, with his wife of 40 years and has three grown children He is a serious tennis player and he is a jazz aficionado.

Office Hours
Get in touch